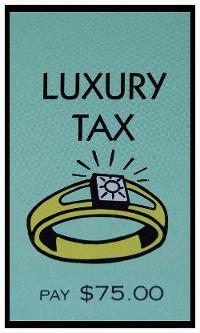 Revenge of the Comma

Kosofsky was a case about a $70,000 tax bill that resulted from a punctuation mistake.  (yep, really)  It has the distnction of being the first matter I handled with the New York State Department of Taxation and Finance.

Ms. Kosofsky worked in the film industry building movie sets, and she received a 1099 for $750.  However, the director, an Italian, wrote this amount as $750,00. (in Italy, commas are used to separate numerals and decimals instead of periods)  The IRS recorded this as seventy five thousand in income and proceeded to make an assessment and a wage levy.  (which due to a change of address  changes, Ms. Kosofsky didn't learn about until it happened)

A significant part of being a tax attorney is essentially "asking nicely" and persuading the IRS to make a change without having to resort to legal action; indeed, this is how most matters are resolved.  I was able to do this in the Kosofsky case, by persuading the collections unit to grant us a collection hold while an amendment could be processed.  Ultimately, the wrongly garnished funds were returned.  (yay...)