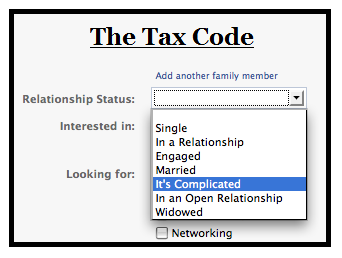 When tax laws get complicated...

Tax laws are full of very specific rules (the New York City bagel tax is one of my favorites), and one of these came with the the 2010 Affordable Care Act.  This law provided for a tax on "net investment income", which is exactly what it sounds like - an extra tax for high income earners on things like dividends, royalties, and stock sales.  However, the new tax distinguished between investment income and income related to "a trade or business."

Cullather was a case about a local founder and CEO here in New York who sold his company for a large sum; the issue in the case was whether the sale of the company was "investment income" subject to the tax, or rather, income related to his "trade or business" which was exempt from the tax.  The distinction was not a trivial one - the total tax and penalty was around $500,000.

In tax disputes, the United States is represented by the Office of Chief Counsel of the Internal Revenue Service, who I will typically try to persuade to correct a tax bill before taking the dispute further; this is often successful since they are public servants just as judges are.  The Cullather case was an example of this; I was successfully able to persuade IRS attorneys to cancel the $500,000 bill without needing to escalate the case further.

While TV and movies often glamorize trial victories and courtroom drama, the real goal as a tax attorney is to keep your clients out of court.  Although I was happy to prepare witness testimony and present various evidence of my client's successful business venture (including articles in various publications), Cullather was a success because I was able to avoid this hassle.